EU Parliament to Vote on the Situation in Ethiopia

(Advocacy 4Oromia) The European Parliament today tabled an urgent motion to vote for a resolution on the situation in Ethiopia on cases of breaches of human rights, democracy and the rule of law pursuant to Rule 135 of the Rules of Procedure. 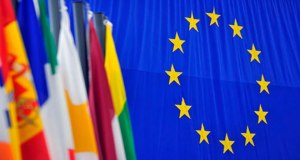 The motion that was authored by more than 65 members of parliament is expected to be debated soon by the entire European Parliament before a vote that calls for a strong condemnation against the Ethiopian government for use of excessive forces against peaceful protesters, human rights violations and abuses including arbitrary arrest and illegal detention and torture.

It also calls for an immediate release of all jailed students, farmers, opposition politicians, academics, bloggers and journalists for exercising their right to peaceful assembly and freedom of expression.

The motion calls for Ethiopian government to respect the Universal Declaration of Human Rights and the African UnionCharter of Human and People’s Rights, including the right to peaceful assembly, freedom of expression and association.

It also strongly urges the Ethiopian government to invite the UN Special Rapporteur on the rights of freedom of association and peaceful assembly and other UN human rights experts to visit Ethiopia to report on the situation.

The motion stresses that any financial support to Ethiopia from the EU should be measured attending to the country’s human rights record and the degree of which the Ethiopia government promotes reforms towardsdemocratization and to effectively monitor EU development assistance is not contributing to human rights violations in Ethiopia, particularly programs linked to displacement of farmers and pastoralists.

The adoption would likely be viewed as a signal that the EU will take the Ethiopian government accountable for its flagrant human rights violations on its citizens.

Here below is the full text of the motion on the Situation in Ethiopia: http://www.tesfanews.net/eu-parliament-ethiopia-motion.pdf