(Advocacy for Oromia) By many measures, Ethiopia is an African success story, with one of the fastest growing economies in the world. But behind the economic boom is growing political and social unrest.

This picture of the Ethiopian marathon runner, Fiyesa Lilesa, at the Rio Olympics helped to draw global attention to plight of Ethiopia’s Oromo people.

The country’s biggest ethnic group says it has long faced discrimination and marginalisation at the hands of the ruling elite. Lilesa’s crossed wrists are the symbol of the Oromo protest movement, which has been growing for the last ten months.

And the government’s response has been increasingly violent – with reports of hundreds killed and thousands arrested.

Wife of Olympic protester: ‘Scared but not surprised by protest’

(Advocacy for Oromai, 26 August 2016) The family of the Ethiopian runner who is planning to seek asylum in the US after staging a protest at the Olympic Games in Rio has been speaking to the Reuters news agency from their home in the Ethiopian capital, Addis Ababa. 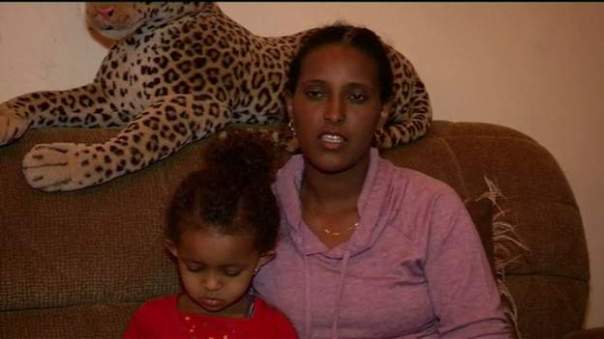 Feyisa Lelisa’s wife Iftu Mulisa spoke about how she felt when her husband crossed his arms at the finish line in solidarity with protesters from the Oromo ethnic group: 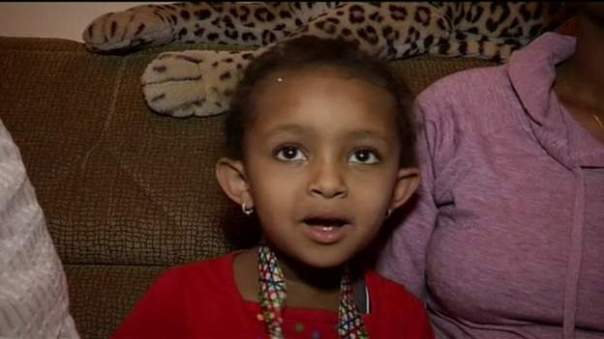 His daughter Soko Feyisa had a brief message for her father, currently in Rio while lawyers prepare his US asylum request:

Baba I miss you, where are you?”

And his mother Biritu Fulasa cast doubt on the government’s assertion that her son would be treated as a hero if he returned to Ethiopia:

Do you really believe what the government is saying? I don’t believe so. He should stay there. I would have liked him to come but what can I do? I was crying too much the other day but now I am feeling better. I want him to stay there.”

What is behind Ethiopia’s wave of protests?

Crossed Arms Over Head: a symbol of solidarity that fuels Oromo freedom

(Advocacy4Oromia, 22 August 2016) The one main thing I’ve taken from Feyisa Lelisa’s act of defiance is that at times of adversity, there are always going to be people who will arouse hope, there are always going to be people who enable us to envision a world where we can live freely without fear of prosecution, torture, rape, being silenced, institutionalised discrimination, murder and so on. His symbol of solidarity with his people adds fuel to our pre-existing need and want for, in simpler terms, freedom. 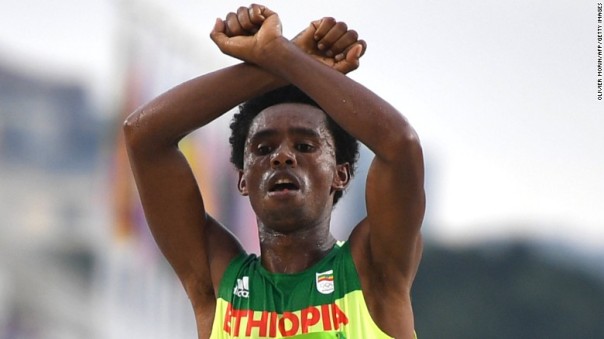 I mean, I understand that this doesn’t mean freedom is here because the struggle continues. There are more protests, and undeniably more crackdowns. But it does mean that not only is there a wider audience becoming aware of the plight of the diaspora but also lets the Oromo people know that there are people like Feyisa who use their platforms as means to project the demands and the cries of the Oromo.

He showed to the world, to the Ethiopian government that quickly attempted to silence him by shutting down the live program, and to the Oromo people who are facing the consequences of an oppressive system that the Oromo struggle is not one that will be forgotten. He showed that the Oromo cries are not unheard and that there will always be people there to project their demands when there are forces trying to silence them.

If we keep using whatever platform we have, whether be it on social media or connections with government officials, schools, television networks, popular media and/or news outlets, and raise more and more awareness to create a national uproar and outcry, a world of self-governance and a future where we can freely live on our land, speak our tongue and wave our flag with pride without fear and prosecution won’t be far away.

This is why we cannot let Feyisa become a one off, we can’t let him blow over. He has become relevant, a martyr to the plight of the diaspora. He can create a chain of reactions where we can all use our platforms, on and offline to ensure a just and prosperous future.