(Advocacy4Oromia, Melbourne, 17 February 2020) Melbourne’s Oromo community rallied on February 17 as part of a world-wide action in solidarity with the Oromo people. 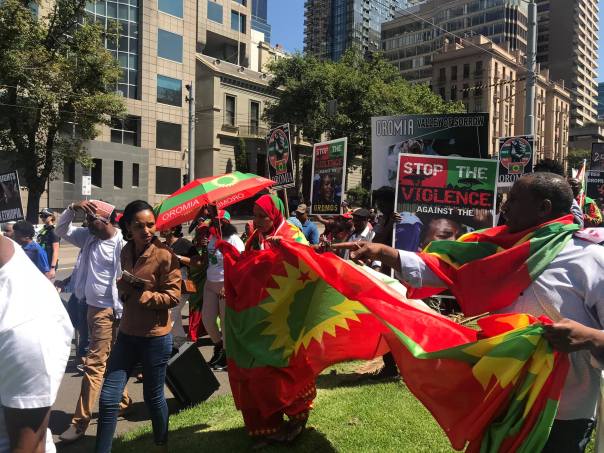 Demonstrators marched from Victorian Parliament to Federation Square, where community leaders spoke of unity in the face of oppression.

Speaking to the crowd on Monday, President of Australian Oromo Community, Dr Tarekegn Cimdi said that the community organised the rally to express their grave concerns and to demand the international community to pay attention to the development in Ethiopia.

“Today here in Melbourne the Oromo community staging the rally to Stand in solidarity with the Oromo people and to be witness of the suffering people,” said Dr Tarekegn Cimdi.

Demonstrators denounced the killings and violent repressions being meted out by the regime.

Demonstrators also appealed to the Government of Australia and the wider international community to put diplomatic, political, economic pressure on the Ethiopian regime that’s waging an undeclared war on Oromo people in Oromia.

“While we’re here today in the spirit of solidarity and love, government must respect the Oromo dignity, Oromo peace and Oromo freedom,” said one of the demonstrators.

He added that the Oromo is “peace, equality and non-discrimination. We stand together promote peace, to stand against violence, and to raise the awareness of the Australian public about the atrocities, violent political repression, and massive violation of human rights in Oromia and the wider Ethiopia.” 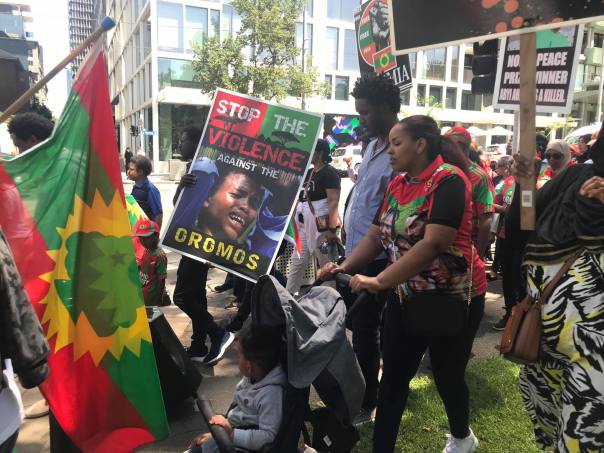 A renowned Oromo activist Urgé Dinegde, also expressed strong message about the sliding backwards of Ethiopia under Abiy Ahmed on her Facebook.

” Under this government, protesters have been jailed, the internet has been blocked… I know this for a fact, university students have been killed and a new law has just been passed that could jail people whose online posts stir ‘so called’ unrest.”

“However, Mr Lencho Bati, a senior adviser to the office of the prime minister, says the government of Abiy has done nothing wrong. I could not disagree anymore. It is time to call out the fake and phony profiting from the continued instability,” she says.

Rights groups say the Oromo have been systematically marginalised and persecuted for the last 150 years. Some estimates put the number of Oromo political prisoners in Ethiopia as high as 10,000 as of February 2020. 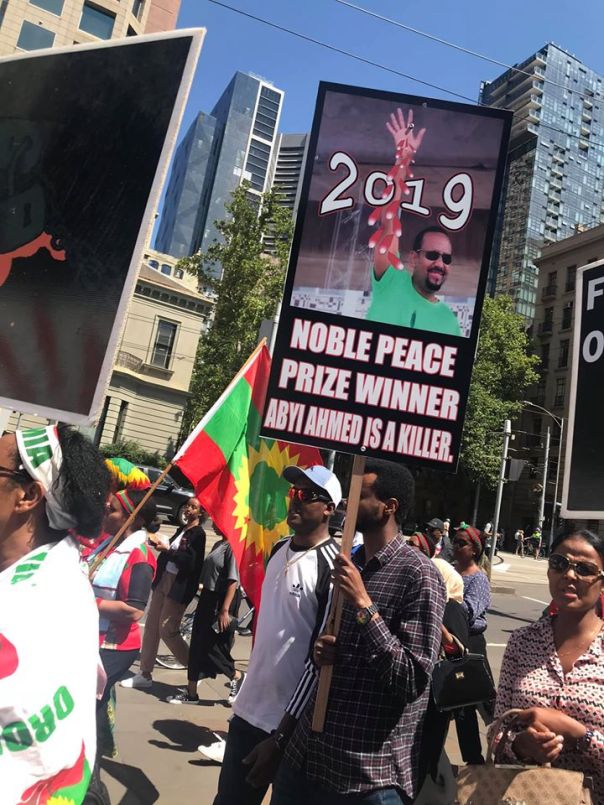 According to Amnesty International at least 75 supporters of the Oromo Liberation Front (OLF) were arrested over the weekend from various places in different parts of Oromia Regional State, as Ethiopian authorities intensify the crackdown on dissenting political views ahead of the general elections.

“The return of mass arrests of opposition activists and supporters is a worrying signal in Ethiopia,” Deprose Muchena, Amnesty International’s Director for East and Southern Africa.

The message of Australian Oromo community is just calling for peace and freedom. “We’re not afraid to stand together, to be able to stand against violence and repression.  We join the Oromo protests to help raise our voices against a shared experience of brutal repression by the State.” 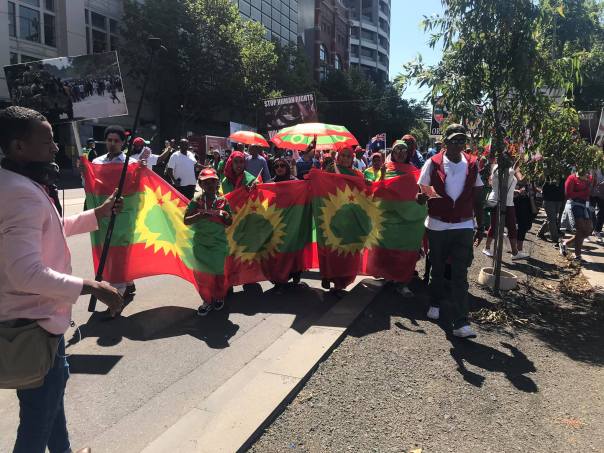 Posted on February 17, 2020, in Uncategorized. Bookmark the permalink. Leave a comment.