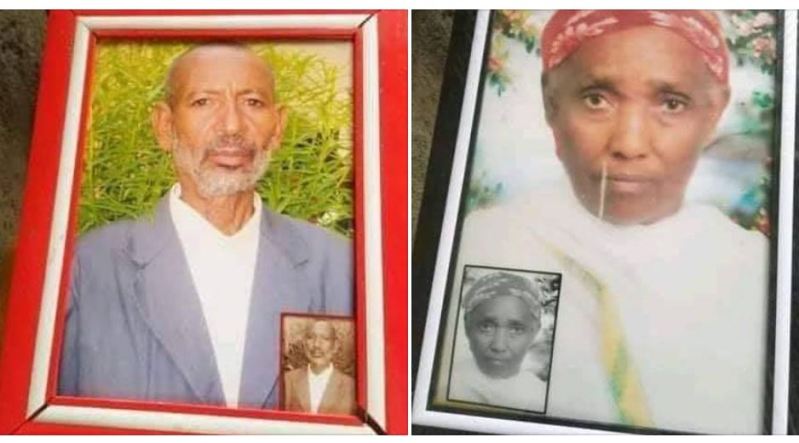 Sources indicate that the Abiy’s regime security forces  have committed the worst crime against two Oromo elders- wife and husband in western Oromia.

Many agree that this is an outrageous violation of Geneva Convention.

The act of killing the mother and the father of Caalaa, an Oromo liberation fighter, by the Abiy regime shows the extent it can go to commit genocide on the Oromo people.

“If this terrorist government is allowed to survive, it will totally exterminate the entire Oromo people,” says Dr Asafa Jalata oh his Facebook page

Abiyi is repeating the genocide Menelik and Gobana committed on the Oromo nation.

The Oromo nation – you have to make your choice: you must rise up and liberate yourself or you should accept your total annihilation and give your country to the neo-nafxanya regime.

Posted on June 8, 2020, in Events, News, Oromia. Bookmark the permalink. Leave a comment.