Appeal Letter to the International Community 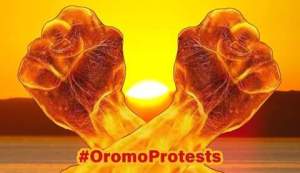 (Advocacy for Oromia, March 05, 2018) We, members of the Oromo civic and professional organizations, write this urgent letter to appeal to international organizations and governments to save helpless, peaceful citizens trapped under a repressive regime in Ethiopia which has decided to rule through state terrorism.

The Tigrayan People’s Liberation Front (TPLF) led Ethiopian government, representing a minority ethnic group, which has ruled Ethiopia with an iron fist since the early 1990’s, has unleashed what can be described as state terrorism in the last few years on defenseless people for peacefully demanding their basic democratic rights. The most populous state in the country, Oromia, has particularly faced the brunt of the regime’s ire, as widely documented by reputable human rights and international media organizations. Thousands have been killed, and tens of thousands have been arrested, tortured, displaced and exiled. On October 2, 2016 alone, government security forces fired on millions of people who gathered for the annual Irreecha festival, near the city of Bishoftu, killing hundreds and maiming many more. Following this massacre, the government imposed a ten-month state of emergency, during which over 30,000 people were arrested and kept in concentration camps without a due process of law. In what is arguably the worst humanitarian disaster to have befallen the Oromo people yet, close to one million Oromo have been displaced from their home in the eastern and southeastern regions, because of TPLF’s vicious proxy war on the Oromo via the so-called Liyu-Police of the Somali region of Ethiopia. Most of the internally displaced are still living in temporary shelters, facing an uncertain outcome and a bleak future.

Faced with a growing dissent, the TPLF regime has re-imposed a state of emergency on February 16, 2018, curtailing fundamental human rights and giving its army a wide latitude to take extrajudicial actions with impunity. This new law is totally uncalled for, as the government is fully in control and has no justification to use an extraordinary measure to maintain peace and order. Many foreign governments and independent observers believe that declaring a state of emergency at this time is unnecessary and counter-productive. The United States Embassy in Ethiopia “strongly disagrees with Ethiopian government’s decision to impose a state of emergency that includes restrictions on fundamental rights such as assembly and expression.” Opposition political parties, civic and religious organizations have also condemned the declaration of the state of emergency. The decree does not even meet the conditions stipulated in TPLF’s own constitution which requires an extraordinary situation to declare a state of emergency. It is, therefore, illegal.
Yet even before the state of emergency was approved, the regime has intensified its implementation, severely restricting the freedom of movement and expression. On February 23, for example, government forces prevented leaders of the Oromo Federalists Congress (OFC), Dr. Merera Gudina and Bekele Gerba, from visiting their relatives and meeting supporters in Wallaga, western Oromia.
After their release from prison just last month, they were forced to stay in an open field, 20 miles away from the city of Nekemete, because federal forces, who have been harassing and terrorizing residents, blocked the road and ordered them to go back to Addis Ababa (Finfinnee) On February 26, soldiers fired live ammunition and killed one person, Abebe Makonnen, and wounded at least 19 people. Another person was killed and 5 others were wounded in the town of Ukkee, north of Nekemte, on February 27 and 28, 2018. Further west, in Dembi Dolo, government forces have prevented the distribution of leaflet for a religious gathering and killed one person and wounded several others. On February 27, the Command Post, a military unit set up to administer the state of emergency, and led by Siraj Fergessa, Defense Minister, authorized the federal defense forces to take any action against protesters.

The Command post’s directive gives an extraordinary power to the armed forces and allows them to unleash unmitigated violence against civilians. The state of emergency clearly violates the country’s constitution and other international human rights treaty obligations that Ethiopia has agreed to observe.
The behavior of the Ethiopian regime is outrageous on many levels. While Ethiopia hosts many international organizations including: the headquarters of the African Union (AU), the Economic Commission for Africa (ECA), and numerous diplomatic missions; the EPRDF regime flagrantly violates
human rights with impunity. Helpless and defenseless people wonder who would come to their rescue when their government manipulates the laws and kills them, evicts them from their lands, and displaces them routinely.

The outrage of the people has been simmering for years and their patience has reached its limits. This volatile situation can get out of control at any moment. Unfortunately, if this happens, many more lives could be lost; property could be destroyed, the Horn of Africa region could face an imaginable displacements and mass migrations. In short, the consequences could be catastrophic not only for the Oromo and the peoples of Ethiopia, but also for the northeast African region and the global community.

Grieving of the losses we have suffered so far, due to the brutal acts of TPLF/EPRDF regime, and fearful of the looming human sufferings, we strongly appeal to the international community and organizations to act fast and save innocent lives, prevent violence and displacements. We particularly appeal to:

1. The United Nations, the African Union, the Arab League, and the European Union to stop the Ethiopian government from continuing very dangerous political path;

2. The United Nations Security Council to authorize the investigation of the violations of human rights and international human rights treaty obligations, the crimes committed by the Ethiopian regime;

3. The United Nations Human Rights Commission to investigate previous the human rights violations and other committed crimes under current state of emergency law in Ethiopia;

4. The World Bank and International Monetary Fund (IMF) not to provide financial assistance to Ethiopia, except for humanitarian reasons, to force the government end its repressive behavior;

5. The governments of the United States, United Kingdom, Canada, Egypt, Germany, Italy, Norway, Sweden, South Africa and other nations to put all necessary diplomatic pressure, and financial and trade restrictions to end the state of emergence, respect the rights of citizens and open the political space for democracy and freedom;

6. All peace-loving global communities to put necessary pressure on their respective governments to end assistance to the Ethiopian government and support the Oromo and other peoples in Ethiopia at this critical moment.

Ultimately, the TPLF/EPRDF leaders and their partners will be fully, legally and historically, accountable for the criminal acts they are committing under the cover of the state of emergency.
Last but not least, if our urgent warnings are ignored and the ominous tragedies we fear take place, history will harshly judge the inaction of the international community, appropriately.

Posted on March 10, 2018, in News and tagged oromia, Oromo. Bookmark the permalink. Leave a comment.