Communication style in Oromia is BEYOND non-direct 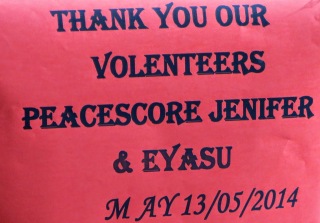 After deciding that we wanted to leave Ethiopia, we had return to Ambo to pack our bags and say goodbye to our friends. Packing our bags turned out to be the easy part.

When we arrived back in Ambo, the destruction was still apparent, although the cleanup had already started. The burned cars were pulled to the side of the road. The debris from the damaged buildings was already being cleared. The problem, however, was that the courthouse was one of the buildings that was burned. How do they plan on having trials for those hundreds of people we saw in jail, we wondered.

“We are leaving Ambo because we don’t agree with the situation,” we repeated to every friend we encountered. Everyone knew EXACTLY what we were talking about.

We told our friend, a town employee, we were leaving, and he said, “Yes, there are still 500 federal police in town, two weeks after the protests ended.” 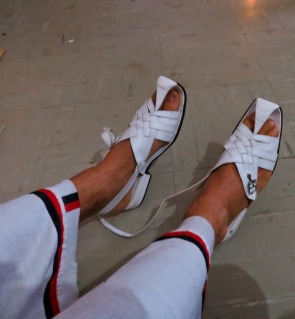 We told a neighbor we were leaving, and he said, “Now there is peace in Ambo. Peace on the surface. But who knows what is underneath?”

We told a teacher at the high school we were leaving, and she was wearing all black. “Maal taate? (What happened)” we asked. One of her 10th grade students was killed during the protests.

We told the local store owner we were leaving, and she said, in an abnormally direct way, “When there is a problem, your government comes in like a helicopter to get you out. Meanwhile, our government is killing its own people.”

After a traditional bunna (coffee) ceremony, and several meals with some of our favorite friends, we were the proud owners of multiple new Ethiopian outfits, given as parting gifts so we would ‘never forget Ethiopia.’

How could we forget?

We still don’t know exactly who died during the protests and the aftermath. It’s not like there is an obituary in the newspaper or something. But questions persist in our minds every day:

Posted on June 9, 2014, in Uncategorized and tagged Ambo. Bookmark the permalink. Leave a comment.