Australian MP addresses about the plight of Oromo people

“On Tuesday 15th of November 2016, We the Australian Oromo Community of Tasmania invited our independent MP Honourable Andrew Wilkie & expressed the shocking truth of human rights abuse, massacre and mass incarceration & today he is standing in Solidarity with the Oromo people in the parliament of Australia we deeply appreciate for becoming avoic for the voiceless”

The BBC World Service will launch 11 new language services as part of its biggest expansion “since the 1940s”, the corporation has announced.

The expansion is a result of the funding boost announced by the UK government last year.

The first new services are expected to launch in 2017.

“This is a historic day for the BBC, as we announce the biggest expansion of the World Service since the 1940s,” said BBC director general Tony Hall.

“The BBC World Service is a jewel in the crown – for the BBC and for Britain.

“As we move towards our centenary, my vision is of a confident, outward-looking BBC which brings the best of our independent, impartial journalism and world-class entertainment to half a billion people around the world.

“Today is a key step towards that aim.”

The plans include the expansion of digital services to offer more mobile and video content and a greater social media presence.

On Wednesday the BBC launches a full digital service in Thai, following the success of a Facebook-only “pop-up” service launched in 2014.

Other expansion plans include:

Fran Unsworth, the BBC’s World Service director, said: “Through war, revolution and global change, people around the world have relied on the World Service for independent, trusted, impartial news.

“As an independent broadcaster, we remain as relevant as ever in the 21st Century, when in many places there is not more free expression, but less.

“Today’s announcement is about transforming the World Service by investing for the future.

“We must follow our audience, who consume the news in changing ways; an increasing number of people are watching the World Service on TV, and many services are now digital-only.

“We will be able to speed up our digital transformation, especially for younger audiences, and we will continue to invest in video news bulletins.

“What will not change is our commitment to independent, impartial journalism.”

The new language services mean the BBC World Service will be available in 40 languages, including English.

Lord Hall has set a target for the BBC to reach 500 million people worldwide by its centenary in 2022. 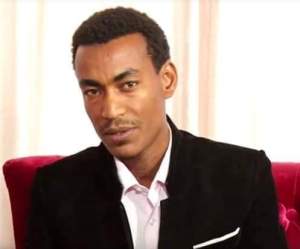 According to our sources, the employee of OBS-Oromia Broadcast Service Television, Abdi Gada  missed in Adama and his whereabouts is not known yet.

His family, friends and colleagues have been looking for him in all areas of detainees and prisoners including Ma’ikelawi, and Zeway (Batu).

Many of his family, friends and colleagues believe that Journalist Abdi Gada was kidnapped by Ethiopian security forces because thousands of Oromo people are missing and have been arrested in Ethiopia.
Journalist Abdi Gada was one among 20 Oromo (Ethiopian) journalists who were dismissed from the Oromia regional state owned media, Oromia Radio and Television Organization in 2014, in a single day.

On Nov. 11/2016 the security member of the command post established to oversee Ethiopia’s six-month State of Emergency have this morning re-arrested human rights activist and blogger Befeqadu Hailu.

According to information, two security officers who have identified themselves as members of the command post have taken Befeqadu around 6:00 AM this morning.  He is now detained at a police station known as 06 here in the capital Addis Abeba.

Befeqadu is a member of Zone9 blogging collective and was one of seven bloggers (one in absentia) and three independent journalists arrested in April. Three months after their arrest all ten of them were charged with Ethiopia’s infamous Anti-Terrorism Proclamation.

Ethiopia’s six-month State of Emergency said last week that 11, 607 were detained in the wake of nationwide anti-government protests.

The Ethiopian government has also increased its efforts to restrict media freedom – already dire in Ethiopia – and block access to information in Oromia. In March, the government began restricting access to social media sites in the region, apparently because Facebook and other social media platforms have been key avenues for the dissemination of information.

State security forces in Ethiopia have used excessive and lethal force against largely peaceful protests that have swept through Oromia, the country’s largest region, since November 2015.