FINFINE Master Plan is the Extension of Tigrian Colonialism over Oromia 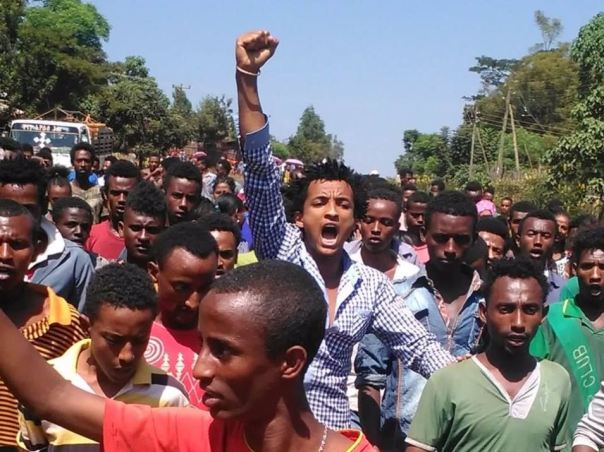 The Addis Abeba or FINFINE Master Plan is the Extension of Tigrian Colonialism over Oromia & MUST BE treated as an Existential threat to the existence of the Oromo Nation and People!
During the expansion of the Ethiopian Empire to the South ( Oromia & the Southern Nations) by Minilik Abyssinian army at the beginning of the 20th Century with the help of the then European powers, Tigrians were the foot-soldiers for the then invading Minilk army.
After defeating the Amhara hegemony in 1991, the interest of the TPLF rulers has been how to contain & then destroy Oromo Nationalism, which they saw as a threat to their dominance of the Empire state for the next century.
To help them contain and destroy Oromo Nationalism, the TPLF leaders created a Trojan horse PDO’s who speak Afaan Oromo from prisoners of war who were captured by TPLF & EPLF fighters during a war of Eritrean I & Greater Tigrai independence.
Since assuming power in 1991, TPLF gangsters have crafted a double-face Ethiopian Empire. The first facade of TPLF Ethiopia is created for internal consumption by adopting a federal structure to silence the Nations & Nationalities demand for genuine autonomy and administering their own internal affairs.
The second facade of TPLF Ethiopia has been presenting Ethiopia as a stable Country with double-digit economic growth in the troubled part of the Horn of Africa,
How ever, the glaring fact about TPLF Ethiopia since 1991 has been committing environmental, economic, political and human genocide on the Southern people, in particular on the Oromo people, which they see as a threat to their hegemony for the years to come.
In order to maintain their political grip on Oromia & the South, TPLF & Co. understood the need to dominate and control the economic power of the Empire. To this end, they disguised their evil tactic in the name of privatization & transferred major economic resources, including land, factories, Oromia towns & cities that generates much economic significance under their control in the name of federal administration.
The current Addis Abeba Master plan was hatched when the former TPLF rulers was alive, & OPDO was not aware of the secret Addis Abeba Master Plan. Indeed, the plan was secretly designed by the former TPLF ruler & top TPLF officials. Among the top OPDO officials, Kuma Damkasa & the current Oromia State president were the only two OPDO officials participated in its plan.
The Finfine Master plan was a plan designed to destroy the existence of the Oromia State by settling large number of Tigrians from the North by displacing the local Oromo population, & hence completely changing the demographic of the population. The end aim being to erase the question of the Oromo on Finfine, & destroying the viability of the Oromia State as a federal state.
There fore, the implementation of this evil master plan is not only displacing the lively-hood of the Oromos residing around Finfine but also to negate the existence and viability of the Oromo people, and hence must be treated as an existential threat to us a nation in that part of the world.

Oromia Shall Be Free!!

Posted on December 8, 2015, in Uncategorized. Bookmark the permalink. Leave a comment.