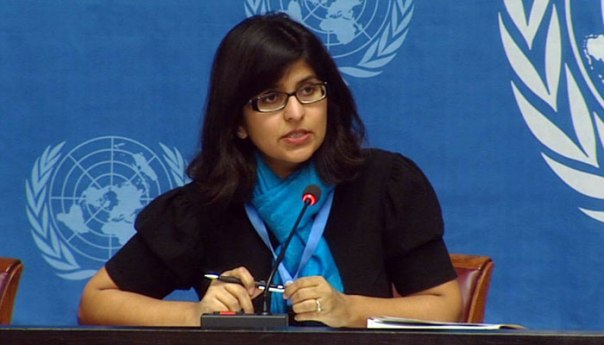 Given the extremely alarming reports that emerged earlier this month about serious human rights violations in the Oromia and Amhara regions of Ethiopia, the High Commissioner reached out to the Ethiopian Government, seeking access for independent observers to the country to assess the human rights situation. We have now received a reply from the Government, indicating that they will launch an independent investigation into the events.

We welcome the decision to launch an independent investigation, and we urge the Government to ensure that the investigation has a mandate to cover allegations of human rights violations since the unrest in Oromia began in November 2015, that it is indeed independent, transparent, thorough and effective, with a view to establishing whether the use of excessive force occurred and with a view to bringing to justice the perpetrators of any human rights violations.

We stand ready to assist in ensuring that the investigation is undertaken in line with international human rights standards. We also reiterate our request for access to the affected areas, as the situation on the ground makes it very challenging for independent civil society actors to operate, particularly given the tense situation in parts of the Oromia and Amhara regions, where a large security presence has reportedly been deployed, and there are reports of ongoing arbitrary arrests, intimidation and harassment of people in the regions.

We call on the Government to ensure that the rights to freedom of peaceful assembly and expression are protected and that those detained for exercising these rights are promptly released. Protests must be handled by security forces with full respect for international human rights laws and standards on the use of force.

We also call on the Government to work towards opening up the political and democratic space. This should include a comprehensive reform of the security sector, as well as legislative and institutional reforms.

We are very concerned about the continued, mounting constraints on the democratic space in Thailand, and call for a prompt return to civilian rule. Following the military coup in May 2014, severe restrictions on freedoms of expression and opinion and assembly have been in place through the use of criminal and military laws and orders. Leading up to this month’s Constitutional Referendum, these measures actually increased. Overall, at least 1,300 people have been summoned, arrested or charged, and 1,629 civilians have been tried before the military courts.

Since June, at least 115 people have been arrested or charged under military orders, criminal codes and the Constitution Referendum Act for expressing their opinion on the draft constitution or reporting human rights violations, including torture. Twelve individuals arrested in Chiang Mai Province in late July and a student activist who was arrested on 6 August remain in detention. The remaining have been released, but remain under investigation or have been charged.

We urge Thailand to immediately drop all charges against political activists and human rights defenders, and to release those jailed for voicing dissent on the draft charter in the run-up to the referendum. We also call on the authorities to suspend the use of military courts and military orders in cases involving civilians. These measures are now urgently needed as Thailand moves towards an election in 2017 aimed at restoring democracy, as proposed in the military government’s roadmap.

The election next year represents an opportunity for Thailand to meet the commitment it made at the UN Human Rights Council during its Universal Periodic Review in May 2016 to fully respect the freedom of expression, and therefore guarantee a more inclusive and participatory process that involves all political parties, civil society and the media in an open and non-threatening environment.

Posted on August 21, 2016, in Uncategorized. Bookmark the permalink. 1 Comment.