← SPECIAL EDITION: FAILED POLITICS AND DECEPTION: BEHIND THE CRISIS IN WESTERN AND SOUTHERN OROMIA
Resolution of the OLF Central Committee meeting held in Finfinnee from March 16-18, 2020 → 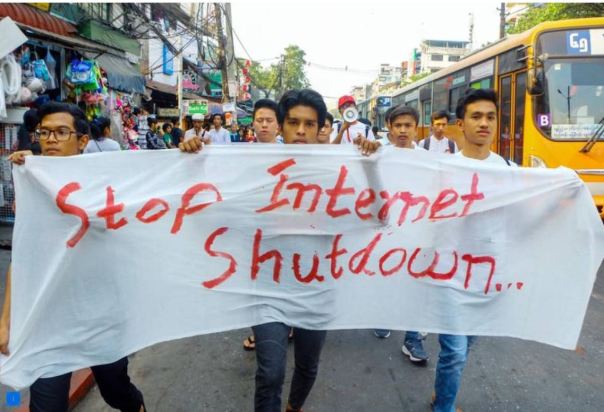 By Rina Chandran and Emeline Wuilbercq

The outbreak has infected more than 245,000 people worldwide and the death toll now exceeds 10,000, according to a Reuters tally.

“Internet access is critical at a time of crisis,” David Kaye, United Nations special rapporteur on the right to freedom of opinion and expression, said in a statement.

“Especially at a time of emergency, broad restrictions on access to the internet cannot be justified on public order or national security grounds.”

With internet speed restricted to 2G, Kashmiris have struggled to work from home or attend online classes like others in India, which by Friday had 171 active coronavirus cases, according to the government.

Doctors in Kashmir, which has four confirmed cases, have been stymied in getting information on the virus.

Avinash Kumar, executive director of Amnesty International in India, said access to information was a crucial part of the right to health.

An inability to access information “can heighten the sense of helplessness, anger and frustration, undermine the public health response, put the health of others at risk, and may constitute human rights violations,” he said.

Global digital rights group Access Now this week called on the governments of Ethiopia, Myanmar, Bangladesh and India to end “all deliberate interference with the right to access and share information” about the epidemic.

“One of the ways that (these governments) are trying to fight the spread of the virus is through sharing credible and timely information,” said Berhan Taye, a senior policy analyst at Access Now.

“If there is a population in your specific country that is not having access to this credible information … all the efforts … (will) be multiplied by zero,” she added.

Bangladesh has reported more than a dozen coronavirus cases and aid agencies say the refugees are particularly vulnerable as they live in confined spaces with few amenities.

In Myanmar, authorities in February reimposed an internet shutdown in the two conflict-torn states of Rakhine and Chin, citing “security requirements and public interest”.

Ethiopia’s government also imposed a communications shutdown across much of western Oromia region in January, leading to an information blackout for more than 3 million people.

As of Friday, Ethiopia had nine active coronavirus cases, according to the ministry of health.

“The government should not be gambling with people’s health,” said Laetitia Bader, Horn of Africa director at Human Rights Watch.

“At the very least it should restore phone and internet access and allow families to warn their loved ones about the basic steps to take to prevent infection.”

(Reporting by Rina Chandran in Bangkok and Emeline Wuilbercq in Addis Ababa; Editing by Claire Cozens. Please credit the Thomson Reuters Foundation, the charitable arm of Thomson Reuters, that covers the lives of people around the world who struggle to live freely or fairly. Visit http://news.trust.org)

← SPECIAL EDITION: FAILED POLITICS AND DECEPTION: BEHIND THE CRISIS IN WESTERN AND SOUTHERN OROMIA
Resolution of the OLF Central Committee meeting held in Finfinnee from March 16-18, 2020 →