(Washington Examiner) — It is often forgotten that the worst dictators are often, early in their careers, lauded as reformers. In Iraq, Saddam Hussein was initially embraced as a “pragmatist” by diplomats and journalists alike. In 1991, the Norwegian Nobel Committee awarded Burmese dissident Aung San Suu Kyi the Nobel Peace Prize; only in subsequent decades would she expose herself as an apologist for ethnic cleansing. Of course, she is not the only figure to sully the preeminent peace prize’s legacy.

In Africa, the trend of reformists becoming dictators has been especially acute.

In April 1976, Secretary of State Henry Kissinger declared that the United States supported black rule in Rhodesia, today’s Zimbabwe. He was cautious about Soviet and Cuban inroads among certain liberation movements. President Jimmy Carter, however, had no such caution. He drew parallels between Robert Mugabe’s Marxist Zimbabwe African National Union and the civil rights fight in the U.S. South. Mugabe was, therefore, a reformer and a social justice warrior. Many officials likewise greeted Isaias Afwerki as a democrat and reformer when he became Eritrea’s first president upon its 1993 independence. Indeed, Bill Clinton congratulated his Eritrean counterpart on “Eritrea’s good start on the road to democracy and free markets” when, in 1995, they met in the Oval Office. Diplomats likewise once praised Rwandan leader Paul Kagame for his progressive attitudes toward women and liberal approach to the economy, but most human rights groups today criticize him for intolerance to dissent and human rights abuses.

Now, it appears, another Nobel laureate, Ethiopian Prime Minister Abiy Ahmed, may be heading down the same path. Perhaps buoyed by the praise he receives on his frequent post-Nobel trips abroad, Abiy on Wednesday announced that he would remain in office beyond the end of his term. For all of Abiy’s enthusiastic and, at times, naive peacemaking abroad, his tenure has exacerbated ethnic tensions at home. Reelection was no certainty, but his decision to seek to hold power extra-constitutionally could precipitate conflict in Africa’s second-most populous country. 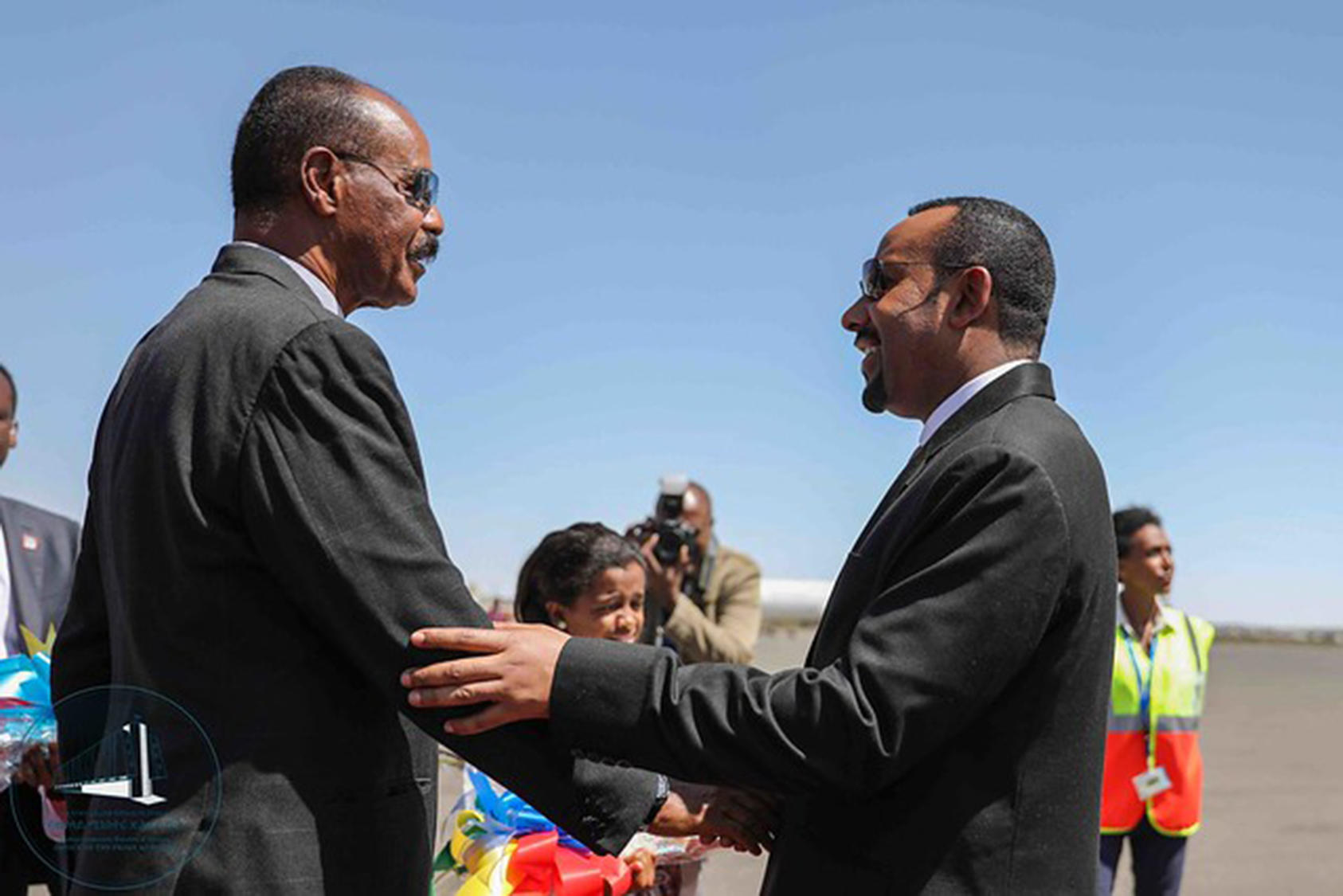 Not to be outdone, Somali President Mohamed Abdullahi Farmajo has also signaled he seeks to delay elections and remain in power. Farmajo’s tenure has already seen a backsliding of democracy and resurgence of the al Qaeda-affiliated al Shabab terror group. If the deeply unpopular Farmajo tries to hold onto power, he will return Somalia into full-blown civil war.

The U.S., in recent years, may have diminished presence on the world stage, but the cards the White House and State Department have still matter. From a realist standpoint, Abiy and Farmajo are both weaker than they themselves admit or realize. Abiy may seek to become the new Mugabe, and Farmajo the new Siad Barre, but their respective peoples will not stand for it. Unbridled ambition will lead to civil war in their respective states. This is in no one’s interest. Rather than promote silly photo-ops with regional presidential summits, like that which the State Department’s Bureau of African Affairs plans for this coming week in Djibouti, the U.S. government should signal both to Abiy and Farmajo that they risk pariah status if they continue their undemocratic tendencies.

Central to President Trump’s international philosophy is the idea of restraint: The U.S. should not deploy its forces across the globe in pursuit of agendas that do not directly impact the security of the American homeland. In these troubled economic times, that makes sense, but it requires effective diplomacy now to avoid scenarios where state failure mandates far more expensive responses. The best way to promote regional security is to continue to cultivate democracy and provide a peaceful mechanism for ordinary citizens to hold ineffective leaders and would-be dictators to account.