It was in late April 2014 that the ongoing protests by students, which later included the public, against the “masterplan”, lack of good governance and rule of law in Oromia Regional State of Ethiopia initiated. The way Ethiopian government responded to the demonstrators took a different courses leading to mass deaths and arrests. What are the contents of the „masterplan”? Why students, or the public for that matter, are protesting? What remedies are needed to solve the problem?

Horn Spiegel: – What is the “Master Plan” by itself and how did it came to the public knowledge? 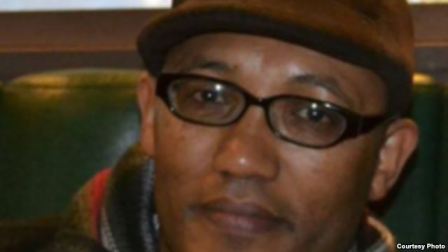 Tsegaye R. Ararssa: – The Master Plan is officially framed as the ‘Addis Ababa Integrated Development Plan’. It was in the making for quite some time but was revealed to the public in April 2014 when the Federal Government (perhaps with the Addis Ababa City Government) sought to start to train the officials of the Oromia Government. At a workshop conducted with the officials, some of the OPDO officials expressed concern about the problem of implementing a Master Plan the making of which they and the people of the areas have not been consulted. When this critical engagement with the plan by these, otherwise obscure, junior officials, was televised, the whole idea of the master Plan ignited a massive reaction from Oromo constituencies. Manifest resistance first showed itself in a student demonstration in the Universities of Jimma and Ambo.

What was it that enraged these students and the Oromo public? Well, the Master Plan is perceived to be expanding the jurisdiction of the city of Addis Ababa to the 36 cities and 17 Districts of the Oromia Special Zone that surrounds Addis Ababa. In other words, it was seen to take away (by a legal fiction of excision as it were) the territory of these neighborhoods to incorporate them into the jurisdiction of the government of Addis Ababa city. The context in which this happens is the following: Ethiopia is a multinational federation of nine States and two self-governing chartered city governments. The two cities are Addis Ababa and Dire Dawa.

Oromia is one of the constituent units of the federation. In fact, it is the largest state in terms of population, territory, and generation of the largest revenue for Ethiopia. Addis Ababa is in the territory of Oromia. It is also the capital city of the State of Oromia as well as it is that of the Federal Government.

According to the Federal Constitution, Art 49 (5), Oromia has a special interest over the city. The details of these ‘special interest’ were not clearly articulated by a law that was anticipated in the constitution. Oromia’s request for the legislative articulation of the special interest package was rejected on several occasions (in 2001 when a new City Charter was enacted and in 2007-2008 when the Federal Constitutional Inquiry Council declined to interpret the ‘special interest’ clause on the ground that it does not give an ‘advisory opinion’). One of the reasons for this demand for legal enunciation of the content of the special interest was the increasing informal expansion of the city into the territory of the Oromia State and the spillover of the problems of the city (such as industrial emissions that polluted rivers; urban waste dumped on Oromia villages; lack of social services like schools in Afaan Oromo for Oromo inhabitants of the city; lack of share from the revenue derived from the city; etc).

As part of a strategy of dealing with the informal expansion and the spillover of the city’s waste and emissions, the Oromia Parliament reorganized these 17 districts and 36 towns into a ‘Special Zone of Districts Surrounding Finfinne’ in 2009. That wasn’t taken well by the City and Federal Government as the Oromia region started itself as the authority in the realm and to set a limit to the outer reach of Addis Ababa City. In the meantime, the issue of the special interest kept being talked about among the Oromo public who always held a latent resentment in relation to the way the residents and the government of the City conducted themselves in relation to Oromia and the Oromo public.

Against this background, the Master Plan was unwittingly revealed to the public. It provoked resistance immediately. Modeled after the master Plan of the city of Lyon, France, and developed with the assistance of French experts, the Plan seeks to integrate the Special Zone with the City government. In the explanation after the May 2014 crisis, the officials said that the Master Plan was: drawn by a joint committee composed of the Oromia and Addis Ababa governments; meant to establish a coordinated set of infrastructural networks (e.g. roads) between these towns and the City; meant to help the towns grow alongside the City; and they also strongly denied that this is incorporation of the Special Zone into the City. According to the document, however, it was clear that, over the course of 5 (or 10?) years, over 6 million local Oromo people would be removed from the land to give way to the development projects of the city government. And while this discussion was going on, over half a million (some estimate up to 1.5 million) farmers were already displaced with negligible compensation. They were removed while they resisted, and most had become homeless.

Seen from a lawyer’s point of view, the Master Plan was indefensible because in its content, context, and process, it falls short of meeting constitutional standards.

Horn Spiegel: – How does it affects and/or benefit Oromo people’s interest? What are the questions of Oromo Students/people regarding this “Master Plan”?

Tsegaye R. Ararssa: – The Master Plan unconstitutionally extends the power of the City Government to the governance of the Special zone of Oromia and it undermines the federalism (and especially the principle of self-rule and shared rule). According to Article 49 of the constitution, the plan liquidates the Special Interest of Oromia over the city. It also violates the socio-economic rights of the Oromos and the other poor residents of these places (arts 41-43 of the federal constitution and the equivalents of the Oromia constitution). The plan violates the rights of the residents to development (art 43), especially the right to consultation, inclusion, and participation in the development of their environment (art 89). It also violates the rights of the people (in these localities) to a clean and pure environment (including the integrity of natural forests (such as the one on the Chillimo mountain; the protection of the soil from abuse by the toxic additives for the sake of flower farms and other heavy mechanized farming which also uses genetically modified seeds).

The plan violates the fundamental constitutional principle of transparency and accountability of government (art 12). Besides that it displaces the indigenous Oromo inhabitants of the Special Zone and changes the demographic set up of the area. It renders millions of Oromo farmers placeless, homeless, and without a means of livelihood. (Students often say: ‘It reduces them to the status of security guards at best!’). It expands and deepens social injustice and retrenches existing socio-economic and political inequality. It makes the Oromo a guest in their own homeland, and an unwelcome one at that. It changes the fundamental Oromo identity of these places (the linguistic, cultural, and political make-up of the area). Hence, the insistent refrain: “Finfinne is Oromo, Gullele is Oromo, Sebeta is Oromo, Burayu is Oromo, Galaan is Oromo, Holeta is oromo, etc” in their slogans and chants. It divides Oromia into two, East and West. It endangers the territorial integrity of Oromia as a nation. Hence, the slogan: “Oromianlammahintaatu.” Implementing it is a vilification of the lives of those who died last time to resist it, which is a also deep concern for justice. It distances the Oromo further and further away from the political center in the governance of which, democratically, they think they are entitled to have a prominent role. They think this is the latest campaign of erasing the Oromo from the Ethiopian political landscape.

Horn Spiegel: – What are their protests aims to achieve? If not, what could be your projection on the next step supposed or expected to be taken?

Tsegaye R. Ararssa: – The protesters are calling on the Ethiopian government to stop the killing, the violence, the displacement, the implementation of the master Plan and the Oromia Urban Development Law. It calls upon the authorities to start civil discussion about all the other discontents of the Oromo in Ethiopia and bring killers to justice. The target of the protest is to see that the farmers are compensated, to see a law that enunciates the special interest is proclaimed, and to see that there is a general respect for the Oromo person, identity, language, and culture. It also aims to see that the Oromo dignity is restored and respected. (They see Abay Tsehaye’s warnings as insult to the Oromo nation and their disregard of the modest OPDO as the ultimate rejection of the dignity of the Oromo as a population. They despair about this. At times, we hear their chants for freedom—bilisuma, etc. That indicates that if this is how we are treated, then it is better for us to secede, which is a dangerous signal to the continued existence of Ethiopia. The protesters demand to see restoration of economic hope, since despair is engulfing the generation as there are no employments for graduates.

Tsegaye R. Ararssa: – I would like to add that the protest is an expression of the longing to be heard, a longing to have a voice and a hearing. It is a desire to have a say in the making and unmaking of serious political and administrative decisions. It is a simple demand for justice, a demand for keeping what’s rightfully theirs, a desire to live in their ancestral land. It’s a rejection of eviction from their land in the name of development and displacement from their roots. As such, it is a simple gesture towards a moral politics and an aspiration for democracy in which the interests of the poor mass are taken note of.

Unlike what the government says, it’s not a subversion of development. Nor is it an expression of narrow nationalism. Much less an act of terrorism. How can the poor unarmed mass struggling for a means of livelihood terrorize anyone? They are themselves terrorized by the developmental and militaristic state machine. All they want is for them to be respected and dignified in their land, for the master plan to address their concerns. If not, for it to be scrapped and for the killings, arrests, and injuries to stop.