Muhe Abdo: the versatile man, the architect of Nationalities Question 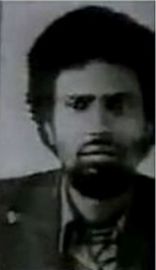 In the previous section, I touched up on Muhe’s immense contribution in the struggle to change the archaic system of imperial Ethiopia through student movement and capacitating a labour union. I noted that Muhe extended his stay on university campus convinced it was a fertile ground for struggle while he could have completed his study program in four years like any regular students.
Today, we will examine Muhe’s role in OLF. I once again reiterate that the stories I present are not complete and would like to plea to those who have something to add in comment and fill the gaps. Participant witnesses are most welcome.

#Muhe in the Genesis of OLF and beyond

Muhe’s Role in the Formation of OLF

The outrageous ban on Mecha and Tuluma Self-Help Association (MTSHA) in 1967, by the Imperial regime of Haile Selassie I, which was followed by a wave of mass arrests and killings of its members and leaders generated extreme distress among the Oromo elites. It also posed a serious concern regarding the destiny of the Oromo people in the repressive empire. Oromo elites started to exchange ideas as to how to tackle the challenges posed on the Oromo people. They reached a consensus to have a political organization that should steer the struggle for emancipation of the Oromo people.
One of such Oromo souls who believed to do so and was determined to form an Oromo political organization was Baro Tumsa. In the other parts of Oromia (South and East), there had already been resistance movements, not yet outlined a defined political goal per se. After the crackdown on MTSHA Baro and his colleagues committed themselves to working underground on how to establish a political organization that could liberate the Oromo nation. While brainstorming was in progress on the issue Baro and his friend Gada Gameda (aka Demissie Techane) were frequently visiting General Taddesse Biru at Galemsso prison. They were also receiving advice on how to continue with the struggle.
Accordingly In 1973, Baro Tumsa, Megerssa Bari and Geda Gameda formed a clandestine movement named Birkii, which can be described as the inception of OLF. Baro was the chairperson of the movement while Megerssa and Geda were vice chairperson and editor of Backalcha, an organ Birkii respectively. In fact, Baro was the architect of Birkii, which was meant to pave the way for the formation of a political vanguard of the Oromo struggle. Birkii was composed of three groups-A, B and C.
Brkii A was headed by Muhe Abdo. Other members in the group were Zekaria Hussine, Geda Gamada, Abba Xiiqii (Aboma Mitiku), Usman Gobena and Mohammed Ibrahim.
In Birkii B were people like Negeri Feyissa, Gelassa Dilbo (Yohannes Benti), Olana Zoga (Ayele Zooga), and Taddese Genna (Not sure whether Negeri or Gelassa was head of the group)
Brkii C was composed of people like Mulugeta Mosissa, Kebede Demissie, Adinew Wakjira (Mulugeta was an economics student at AAU while Kebede was from ministry of agriculture and Adinew was from ministry of foreign affairs)
These groups were tasked with different works (mainly recruiting members, promoting nationalities’ causes and inducting members about solutions to social and political injustices in the empire).

In 1973 shortly after the formation of Birkiis, group A of Birkii led by Muhe Abdo headed to Yemen via Djibouti, an adventurous yet risky journey by sea. The then South Yemen was a socialist country, in the Arab world to support leftist movements. The delegation led by Muhe discussed with Yemen officials on ways of obtaining material, political and moral support from the socialist camp. It also met with Palestinian Liberation Organization (PLO) representatives in Yemen. The response they obtained from Yemenis was positive in principle but necessitated something as a prerequisite. The host asked the delegate if the Oromo people had a political organization and if they were engaged in armed struggle. The delegates boldly answered that they had a political organization, even though OLF was not yet formally in place, but only under process of formation. Regarding the armed struggle they didn’t have yes answer despite the fact that the struggle in Bale had already started but it was not owned by the OLF under formation. Thus, the mission believed in the importance of armed struggle to obtain armament, technical and logistical supplies
.
#Brkii A in Mogadishu

On its way back to Shagar from Aden, the delegate led by Muhe Abdo went to Mogadishu to deal with Somalian authorities on garnering support and opening office in the Somalia capital. Siad Barre’s regime which was dreaming to annex a substantial portion of the Oromo land in the south and the east didn’t welcome Birkii’s request. Muhe and his team found General Waqo Gutu, Colonel Adem Jilo (Haji Adem Jilo), Colonel Waqo Lugo who were under arrest because of their refusal to fight the Ethiopian government as a Somali Abo guerilla, a brand name given by Barre government, instead of fighting under an Oromo banner.
The Birkii had also the chance to meet with Jarra Abba Geda and Mul’is Abba Gada both who were detained in Hergessa while trying to smuggle foreign trained Oromo militants to fight the Ethiopian regime. The two giants were transferred to Mogadishu from Hergessa by the time Muhe and his team were in Mogadishu. All the Oromo groups were detained in Mogadishu for the same reason-refusing to take the name given to them by Barre regime.
The only success to be in Mogadishu for the Birkii was that different Oromo groups got the chance to meet each other and discuss their people’s destiny. (As a matter of fact, all the three groups of Birkii traveled to Mogadishu one after another from 1973-1975 to have an office of OLF in Somalia, out of a dire need to have a base in an adjacent territory to Oromia. None was succeeded to obtain support from Somalia except lip services).
Meanwhile, the Muhe team was in Mogadishu, situations in back home changed swiftly. The popular revolution rolled forward at fast pace to topple the monarchial regime. The Oromo groups in Mogadishu were set free from the grip of Said Barre and got the chance to convene with Baro and his comrades to discuss way forward.
While Muhe and his team were on mission, Baro didn’t stop to discuss secretly with General Tadesse Biru. Sources indicate that Tadesse suggested to Baro and his “boys” establish an Oromo Liberation Army base in Gelamsso. After the Abba Gadas (Jarra and Mul’is) met with Baro, Badho, Zegeye and other figures in Finfinnee, they endorsed the proposal of establishing liberation army base in Hrargie.
After the official formation of OLF, it was necessary to design different strategies to back the armed struggle in all frontiers. The OLF members agreed to infiltrate into various political organizations as a cover. Revolutionary Flame (Abiyotawi Seded), All Ethiopian Socialist Movement (MESON) and Ethiopian Oppressed People’s Struggle (Echat) were the main targets. People like Muhe Abdo and Gezahegen Kassahun Jarra (Beka) were recommended to join Seded and Baro and many OLFtes were the core maneuvers of Echat. In fact, too many others remained just OLF in different civil and trade union bureaucratic structures operating underground.

Many people believe that the OLF programe was written by Mhue Abdo. In some literatures it is written that Muhe wrote an OLF manifesto (Kayyoo Ganamaa). I am not sure if by Kayyo Ganamaa, they mean the detailed program or a sort of communique. Fortunately, the OLF founders are still alive and they can correct us. My take is that the founders of OLF were intellectuals graduated from best universities in the USA and the then reputable Addis Ababa University. (Just to mention a few giants: Zegeye Asfaw, Abiyou Geleta, Ibsa Gutema, Lencho Leta, Megerssa Beri, Aboma Mitiku, Muhe Abdo name them one by one). If there was any political organization to be formed by the creams of the cream, the best intellectuals the country ever produced, it was OLF. MESON was another collection of intellectuals formed by Haile Fida (in fact from different ethnic groups). Therefore, I believe, the OLF founders might have tasked Muhe to draft the document, but one cannot claim the entire document was the brain child of Muhe Abdo.

#Muhe in the Armed Struggle

When OLF was formally established its own base in Harargie, Muhe didn’t want to stay in town to work with the Dergue (Seded). Rather he chose to serve in Oromo Liberation Army. In addition to his position as Oromo Liberation Front Politburo member, he was the head of politico supreme command under the liberation army headed by Jarra Abba Gada. During his stay in the field, he completely transformed his lifestyle and physical appearance to a farmer’s way. He was absolutely identical to an ordinary local Oromo farmer in Herergie. He learned how to live without footwear and his foot was as coarse as that of any rural poor. He got an ID of the farmers’ association and had no problem to travel from place to place for mission

The urban operative in Finfinnee, which was led by Mulugeta Mosissa was responsible for logistics and support coordination in addition to recruiting combatants to replenish the field operation. However, in 1980 there happened some shortfalls that were not possible to be solved by the comrades in Finfinnee. Muhe was delegated to look into the matter by meeting face to face with the Finfinnee comrades. He traveled to Finfinnee and was hosted by Gezahgen Kasahun (Beka) who was a Deputy Vice President of the All Ethiopian Trade Union (AETU), and at the same time a member of Seded. By the way he was the friend of Captain Fikresillasie Wogderes, the long-time Prime Minister of the Dergue era. However, Beka was an OLF member, Seded and AETU were only covers of struggle. When Muhe arrived in Finfinnee Beka invited anoter colleague at AETU, Demissie Kebede Serda, who was Vice President of the Union. Serda was not a member of any official organizations of the day other than the OLF.
As betrayal is always, a deep-rooted curse, a cancer with no remedy in our society, a certain Solomon Degefa, who was working with Beka and Serda as an OLF member betrayed his comrades. He informed the Dergue that Muhe the great OLF man was in town with the rest of the comrades. (By the way, the Dergue investigators told their victims that Solomon Degefa helped them to fish out the OLF giants from their “den”).
On the evening of January 30, 1980, Beka’s home was raided while the three comrades Muhe, Beka, and Serda were discussing matters pertaining to their organization, OLF. The three were captured and shoved to Dergue Office (aka Menilik’s Palace, the favorite space of Abiy Ahmed of our day). They were tortured for a solid 8 years. (The OLF gurus Muhe Abdo, Ibsa Gutema, Zegeye Asfaw, Demissie Kebede Serda, Abiyou Geleta, Eshetu Letu, Mulugeta Mossisa) were detained for 8 years at the Dergue office (the Palace), then transferred to Maekelawi. Fortunately the rest of Muhe’s comrades in the palace cell survived because the Dergue was removed before it finished them one by one.
However on October 18, 1986, Muhe, Beka (Gezahegn Kasahun) and two other comrades Kebede Demissie and Yigezu Wake were taken from Maikelawi prison cell and clod bloodily butchered together with Muhe by the Dergue beasts. Their body was dumped to a mass grave at the backyard of Kotebe Intelligence Service Center. Shortly after EPRDF seized power Muhe’s body and that of his comrades were excavated from the Kotobe mass grave yard and laid to rest in Martyrs’ Museum built EPRDF at Meskel Square in Finfinnee.