When the Law is captured 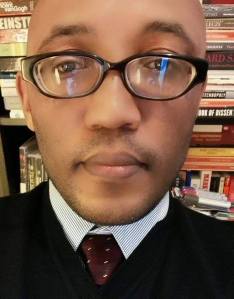 What we see in Ethiopia at the moment is not what is often characterized as “the limits of law”–a situation where, aporetically, the law falls short of the aspiration to attain justice, or to have one’s rights protected, or to see power operate within specific parameters of the rules of law. It is not a situation where we witness a mismatch between the law in books and the law in action. It is not the same as a situation where the aspiration for justice, the interest to have one’s fundamental rights protected, or the law’s capacity to speak truth to power is derailed by political ill-will and/or is subverted by the seemingly rational bureaucratic and technocratic procedures. It is not even, as is often assumed, the political instrumentalization of the Law.

In Ethiopia today, what we see is not just the lack of independence of the Law (and its institutions and procedures thereof) from the Politics as the doctrine of separation of powers would demand. It is that the Law has fallen captive to Force and that Might has become primary–if not all too important–to right. In deed brute Force has captured Law, might has captured right. In this era where increasingly legal rhetoric is deployed to authorize political maneuvers and justify excessive military actions [in the name of “collateral damages,” “proportional measures,” “necessary undertakings,” etc]–and in this era where the regime in Ethiopia, as a ‘strategic ally of the West’, pretends as a democratic regime–it is not entirely unexpected that a regime constituted by a bunch of guerrilla fighters would subordinate law to politics. It was thus not unexpected that the law was dominated by the politics. It wasn’t entirely unexpected that the Law was captured by the ‘politicians’. What became increasingly clear, especially after the re-emergence of the Oromo Protest–is that (even the semblance of) Politics [if there ever was] has itself fallen captive under the heavy spell of the army.

No, it isn’t (just) ignored. It is actually victimized first and is used as appropriate. The army kills lawlessly in the name of the Law. The Special Force kills, maims, and detains, lawlessly and wantonly, again, in the name of the Law. It is the emergence of conditions of possibility for Force to ‘act’ as Law. It is a moment where Force became (at least in the mind of the regime) operationally co-extensive with Law and conceptually appeared as if they are co-constitutive. This signals the end of Politics–the institution that traditionally mediates between overt/military violence and the Law has disappeared from the scene. As the Politics ‘dies’ and completely leaves the public scene, the Law became a victim (and a tool at the same time) of Force.

When Law is taken captive, when forces of violence have taken hostage of Law itself–all in the name of Law–this is what happens: a Lawful people call a Lawless State to return to the Law–even in protest–and a Lawless State kills, maims, arrests, tortures, detains, terrorizes, and tries the survivors in a Court of Law, completely lawlessly, ALL IN THE NAME OF LAW. And this is the story of our lives, the story of our Laws’ many many many lives as hostages of Force and the violence thereof.