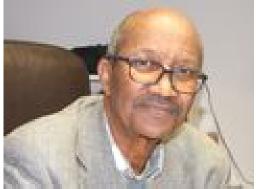 According to our sources, Ob Tarfa Dibaba was one of the early educated few that helped in advancing Oromo national struggle that led to the present awakening.

Many agree that Ob Tarfa had never stopped encouraging his comrades not to waver from their set objective until he took his last breath.

Ob Tarfa was remembered for his highly principled professional contribution ranged from the battlefields of Oromia to the refugee camps in Sudan, Kenya, Somalia, Yemen, Egypt and Djibouti, and to the diplomatic corridors of the capital cities of the most powerful nations, fighting for independence of Oromia.

He was also committed to support Oromo nation as human rights advocate, a charitable campaigner for rights of Oromo refugees as a founder and lifelong head of the Oromo Relief Association (ORA).

Ob Tarfa Dibaba has not only saved thousands of life but also consoled and comforted hundreds of victims of torture and unimaginable cruelty in the hands of the enemies of the Oromo nation.

Our hearts and prayers go to them.

Posted on August 1, 2016, in Uncategorized. Bookmark the permalink. Leave a comment.